Are you planning your honeymoon but you’re not sure where to go? A special trip deserves a special destination so let me suggest a place that you may not have heard of before: Turks and Caicos. It’s a group of small islands just 90 minutes away from Florida which has some of the most spectacular beaches and corals in the world.

Located nearly 600 miles southeast of Miami in the southern east tip of the Bahamas, the Turks and Caicos Islands are an overseas territory of the United Kingdom and they’re formed by two groups of islands: Caicos and the smaller Turks Islands.

Speak to a Travel Expert

Let us help you choose the vacation package for you! We have access to top hotel programs and partnerships to make sure you are travel like a VIP with upgrades and additional amenities.

This small nation has 32,000 inhabitants and it’s famous not only for being one of the safest places in the area but also for being an important offshore financial center.

Even though it’s not usually on most tourists’ radar and it’s not as famous as its neighbor the Bahamas, the Turks and Caicos Islands are home to some of the best beaches in the world and receive around 1.3 million tourists a year, making tourism the main industry for the country.

The Turks and Caicos Islands are only 90 minutes away from Miami by plane, but many travelers arrive by boat. The port of Grand Turk is the only cruise ship port in the country and since opening in 2006, it has been a popular cruise stop for tourists visiting the Caribbean and neighboring areas. 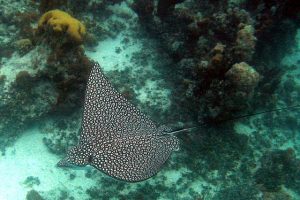 Spend 6 days at The Shore Club, Turks and Caicos. Honeymooners can expect relaxed luxury, refreshing adventure, and memories you’ll never forget. This hotel is set Long Bay Beach, the most private stretch of the Providenciales and honeymooners will love the relaxed atmosphere, beautiful beaches and private quarters. 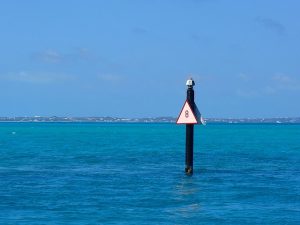 7 day stay on a turks and caicos private island

Spend 7 days at Como Parrot Cay. This private island is located on the island of Parrot Cay in the Turks and Caicos Islands. Parrot Cay is about 25 minutes by speedboat from Providenciales, the Main island and honeymooners will be guaranteed oceans, mountains, and privacy.

When to Honeymoon in Turks & Caicos

The Turks and Caicos Islands enjoy tropical weather year round, with temperatures ranging from 75ºF to 95ºF, and are one of the driest nations in the area.

However, hurricanes are quite common from June to November so it’s better to plan your visit smartly.

Considering that the busiest months are from December to March, the best period to visit Turks and Caicos is April and May.

If you have no choice but to visit Turks and Caicos during the hurricane season, a good option would be to take out insurance. Some airlines, resorts, and hotels offer hurricane insurance which means that if your holidays are affected by a hurricane, you’ll receive some kind of compensation.

Where to Honeymoon in Turks & Caicos

Providenciales is the most developed island where more than 70% of Turks and Caicos inhabitants live and where the majority of the most famous beaches and resorts are, while Grand Turk is also popular among cruise travelers.

There are two international airports, located on Providenciales Island and Grand Turk. However, only Providenciales airport currently welcomes international flights from both North America and Europe, so if you’re traveling by plane from abroad, this will be your first stop.

This airport receives direct flights from all major American cities. A ticket from New York with Delta, KLM or United costs $400, and drops to $300 during low season. From Europe, British Airways, American Airlines, Iberia, and other airlines offer flights for $700 with one stop in Miami.

Once you arrive at Providenciales, you can take an internal flight to the other main islands in the country. A trip to Grand Turk takes around 30 minutes while a flight to South Caicos lasts roughly 20 minutes. From Grand Turk, you can also fly to Salt Cay island in 15 minutes.

The Turks and Caicos Islands feature some of the most spectacular resorts in the region. Most of them are located around Grace Bay area but there are also options in Grand Turk and South Caicos.

Located in Grace Bay and only 5 minutes from the airport, Wymara Resort & Villas in Turks + Caicos is a 5-star resort is an ideal choice for honeymooners.

This opulent resort features an amazing infinity pool, a spa with a fitness center, and massage therapy.  It also offers buffet breakfast and has two restaurants specialized in gourmet local food.

A night in this resort starts at $955 in high season but if you go during low season, prices decrease by 30% to $685. Additionally, there’s a $100 resort credit for stays of 3 nights or more during July.

A great option for those looking for a luxurious experience at an affordable price. Located in Grace Bay, The Oasis is a 3-star boutique hotel features 16 suites, a pool, and a private beach.
Some of the villas are equipped with a kitchen, dishwasher, fridge, and microwave.
A night in The Oasis starts at $200 in low season and costs nearly $380 during high season.

Located in Grand Turk, Osprey Beach Hotel offers accommodations at a reduced price. It features an outdoor pool, terrace, garden and a restaurant that serves both local and international food. All the 32 rooms have sea-views and come with cable TV, air conditioning, a balcony, and microwave.
Prices in Osprey Beach Hotel range from $125 per night for a basic room in low season, and up to $225 for the king suite in high season.

Windsong on the Reef

Windsong on the Reef is a 4-star hotel offering a unique experience because it’s located directly on a snorkeling reef in Grace Bay.
Apart from a private beach, Windsong offers a large outdoor pool that overlooks the beach, 3 restaurants, and a spa with beauty treatments.
The rooms, studios and ocean-front suites feature modern decoration, a TV and spectacular views.

A room at this hotel starts at $256 in low season and $389 in high season. They also offer all inclusive packages and flights that can save you up to 20%, so it’s worth checking them out.

Things to do during your honeymoon

During your honeymoon at Turks & Caicos you can to as much or as little as you would like, but one thing is for sure, you will be spending plenty of time in the water.

The Turks and Caicos Islands are home to the third largest coral system in the world, making it a perfect destination for dive and snorkel lovers. There are corals all around the islands but the most popular areas are Smith’s Reef and Bight Reef in Providenciales, and Black Forest in Grand Turk with its unique black corals.

Check out the different beaches

The Islands are also famous for their pristine white-sand beaches and crystal clear waters. Some of the most popular ones are (awarded as the best beach in 2018 by TripAdvisor), Gibbs Cay, and Taylor Bay Beach in Providenciales, or Governor’s Beach, and Pillory Beach in Grand Turk. If you’re a beach lover, you can’t miss Chalk Sound, a beautiful national park with turquoise waters and hundreds of small islands on the southwest of Providenciales.

Take a trip to Salt Cay

The small island of Salt Cay is another unique place to visit. The production of sea-salt was once the main industry of the island which has been recently nominated as a UNESCO World Heritage Site. With an area of only 2.60 square miles, there are more donkeys, cattle, and iguanas than inhabitants (less than 200), making it a great place for those looking for a relaxing time.

Visit Little Water Cave Nature Reserve (also known as the Iguana Island) where you can see endemic Turks and Caicos iguanas, go on a fishing tour, visit the unique Conch Farm or the Conch Bar Caves National Park, one of the largest cave systems in the Caribbean. Additionally, if you happen to be in the islands between January and April, you could go to Salt Cay and join a tour to see the migration of humpback whales.

With beautiful white sand beaches, turquoise waters, and one of the largest coral reef systems in the world, the Turks and Caicos Islands are a perfect getaway for honeymooners.

Keep in mind that these unspoiled islands are a luxury-tourism destination, although it won’t be cheap, it will be worth every penny!