This past weekend, we had the pleasure of having lunch at Signature by Chef Andrew Weissman located at the La Cantera Resort & Spa which opened just last month. As we walked in to the restaurant we were met with a familiar smell similar to a campfire and roasting marshmallows. I believe it was coming from something being caramelized in the wood burning oven.

I was pleasantly surprised to see Chef Weissman front and center in the kitchen as we arrived and learned he is very hands on and often is cooking along side his culinary team which are all visible from the open kitchen framed by copper pots. Unlike many open kitchens that only show a part of the action, you can plainly see the entire kitchen. 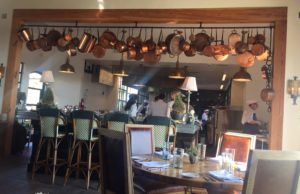 Throughout the restaurant the details give a new meaning to locally sourced.  A garden is planted outside, a quail aviary is in the makings, the hardwood floor is repurposed from a San Antonio department store.

As a native Texan, the food tasted comfortable, familiar, yet new at the same time. We were welcomed with a cozy cauliflower soup sprinkled with truffles followed by the 5 Spiced Quail cooked under a brick with perfectly seasoned and caramelized skin. 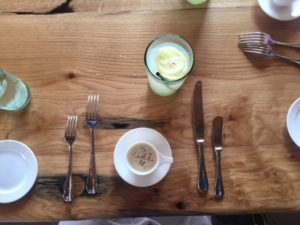 We ordered the special of the day which was a veal loin with a sherry sauce and morel mushrooms stuffed with sausage and the Signature Wagyu Burger.  The restaurant felt very laid back, but this burger was serious stuff. 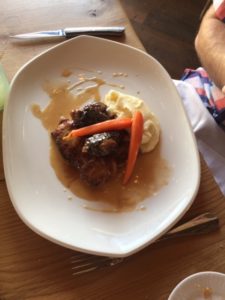 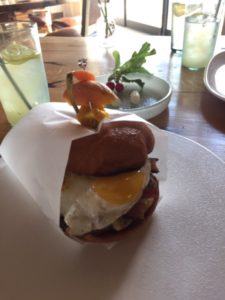 For dessert we went with the chocolate dessert that I am embarrassed to say we forget the name.  It was a 3 layered chocolate dessert somewhere between a fudge and a mouse. After dessert, we were delighted by a selection of home made chocolates. 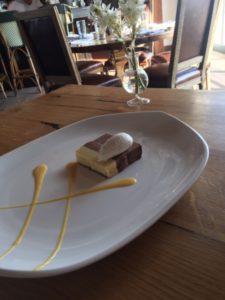 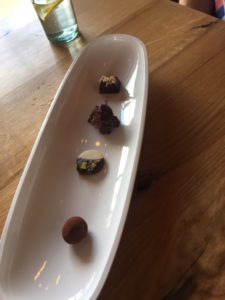 Honestly, this is the best restaurant I have ever been to at a resort and the restaurant stands on its own as a destination for foodies. Chef Andrew has demonstrated his expertise by not only creating an amazing menu, but by executing it perfectly so quickly after opening.